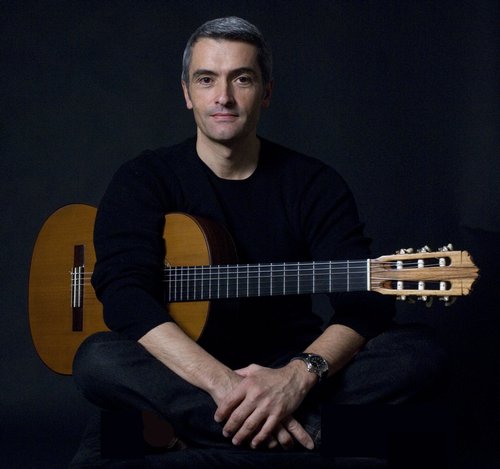 Prizewinner in several competitions, Massimo was just 15 when ranked first at the 4th Italian National Guitar Contest. He is regularly

appearing in International Guitar Festivals all over the world, as well as solo player, guitar Conciertos and till 2001 being a former member of the St.Cecilia Guitar Trio.

His solo recordings have been receiving great acclaim from both audiences, critics and reviewers of international guitar magazines; his solo World Premiere Recording CD of the Italian guitarist/composer Mario Gangi's 22 Studies has been a great success, winning astonishing estimations by performers, composers and reviewers as well. His career has been awarded the Gold Pegasus Prize for Classical Music and the City of Rome Prize as a tribute to his professional activity, when he made the classical guitar enter for the first time the new Rome Auditorium “Parco della Musica”, giving a huge sold out Concierto De Aranjuez performance.

He is art director of the “ARC Rome Guitar Festival” and member of the board of the “GuitFest” at Santa Cecilia Conservatory.